This is off-topic but I wanted to share the miracle on my street.  Last Sunday afternoon Robert, a 52 year old active neighbor collapsed in his driveway while shooting baskets.  Luckily, a boy next door saw him fall and told his mom (Kim) there was something wrong.   Kim frantically called 911 on her cell while running down the street yelling for help.  Thankfully, it was a nice weekend and Don (another neighbor) was outside.   Don is a school administrator, recently trained with the latest CPR procedures so he was able to quickly start CPR on Robert (who had no pulse).

The fire station is relatively close so they arrived quickly but there were still so many agonizing minutes.  The paramedics took over CPR and had to shock Robert’s heart  a couple of times.  The firemen told Sandy (Robert’s wife) to call their kids and family.  Sandy’s sisters live nearby, but 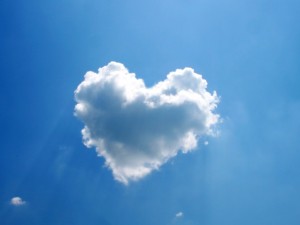 she was so distraught she couldn’t make the calls.  Kim dialed the phone for Sandy to ask her sisters to come over quickly.   The kids (in college) had been home for the weekend but had left about 45 minutes earlier to go back to school.  They were called to come back.  Things looked grim from Robert’s sudden heart attack (we saw how purple/black his faced looked from lack of oxygen).

Thankfully, the paramedics were able to get Robert’s heart beating again–after many agonizing minutes.  They started an IV in the driveway and took him to the hospital.   All the while, most of us neighbors stood by watching and praying.

At the hospital they performed Induced Hypothermia — which I had not heard about before.  Robert’s body temperature was lowered to about 90-91 degrees and he was sedated for several days.  Then they increased his body temp and eliminated the sedation drugs.  They removed the breathing tube and soon Robert was breathing on his own.  Then, he was responding to others.  Finally after many days and agonizing hours for the family he was able to talk too.  Tonight I hear he looked and sounded great and ate his first meal.

His kids brought pictures to the hospital of the family and pets.  Plus they have some new rules for Dad playing basketball — they include wearing a bell around his neck, a helmet and more.

It was a miracle on my street.

Life is precious and we shouldn’t take it for granted.

6 thoughts on “Miracle on my Street — Life is Precious”

As a CPA with an MBA in Entrepreneurship, Michelle Long is dedicated to helping people start and grow their own business.

She is a published author, international speaker, consultant and owner of Long for Success, LLC. In recognition of her dedication to helping entrepreneurs and small business owners, the SBA named Michelle a Financial Services Champion of the Year and Accounting Today recognized her as one of ‘10 Women who Inspire a Profession’. In additions she was named a Top 10 ProAdvisor -- Social Media Leader.

Community Choice for both Michelle & Long for Success Blog